For thousands of years, for longer than memories can keep up with, Hōrō-Sha has wandered the Kanashimi system. Originally, he had set out to find the rest of his people, their civilization. He knows something terrible had happened, but he doesn’t remember what anymore, he doesn’t even remember what or who he was before he was placed in this body. But surely they had to of survived somewhere

Through Hōrō-Sha’s travels within the system, he had seen civilizations rise and fall, moments of beauty, and moments of terrible pain. He knows he had learned so much over his long life span, but time has slowly started to erode even that.

For a time, Hōrō-Sha had almost given up everything, after wandering for his first couple millennia, after witnessing countless atrocities, what hope did his people have? What hope did he have for finding them, if he hadn’t already?

It was at this time he was found by a child, a child who came up to him with curiosity, not fear like many others. The child’s name was Raylia, and she brought Hōrō-Sha to her village. At first, they were stricken with fear, but over time, they realized Hōrō-Sha meant no harm.

He lived with them for years, a blink comparatively to his long life, but there was a sense of contentment that Hōrō-Sha had not felt in a long time. With his metal body, Hōrō-Sha quickly became the village’s guardian, protecting them from anything that threatened them.

In his time there, Hōrō-Sha became close to Raylia, watching her grow into an adult. She was the one person who treated him as a living thing, and while she loved hearing the stories of other worlds, she also told Hōrō-Sha of great warriors bound by a code who protected innocents and fought against evil. Raylia constantly compared Hōrō-Sha to these warriors. It was only in the recent years, after his contact with humans did he learn these beings were called knights.

During one of his outings, Hōrō-Sha came back to the village destroyed and the people slaughtered or taken. Raylia was nowhere to be seen, and he feared the worst. Following the tracks from where they came, Hōrō-Sha destroyed the raiders in a rage. By the time the last of the screams fell silent, and the fires died out, Hōrō-Sha was the only figure left standing. Remembering back to Raylia’s stories, it was then he vowed to be a warrior for those who needed one, where ever they may be.

For the next several millennia, legends of a silver guardian spread amongst the system where he traveled, protecting those who needed it.

And although his memories have become lost or blurred through the weight of time, his promise is the one he never forgot.

At this point, it’s the only thing left to remind him that he’s alive, not just a machine. That maybe he truly does have purpose. 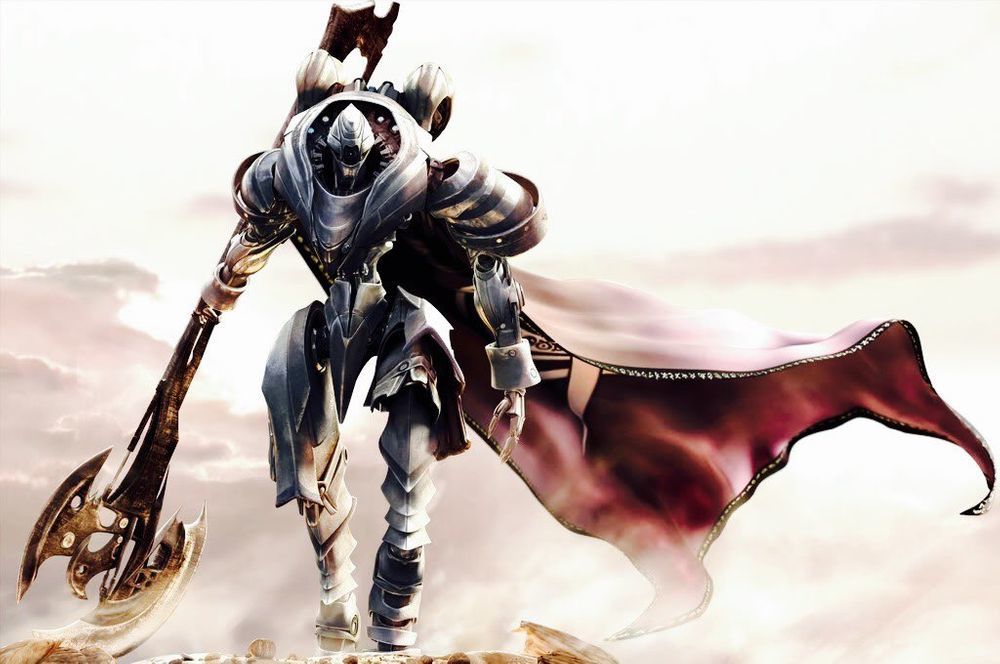