6’, 275 lb. He was once strong and agile, but because of an accident, he’s had to retrain himself in many things. His affable nature, and keen, pragmatic view of people and life, have allowed him to make friends easily, and arrange those around him to best advantage. This super power could be used for evil, but Dayan uses it strictly for good.

Born to a military family in the secretive and isolationist Kumba system, he spent his life protecting the peoples and technologies of his homeworld. The Kumba people are extremely advanced, much more than most of the other human populations of the galaxy. Rumors have circulated that the reason for their success is due to Precursor tech that they horde jealously, and delve into for its secrets. Dayan would never just let slip whether that was true or not, but he is mysteriously all thumbs when it comes to most modern technology – he has to rely on his drones and implants to allow him to use it effectively.

He was the Electronics Warfare Officer on a military ship that was shot down, and as a result, half his body is cybernetic prosthetics – a leg, an arm, some internal organs. In the time he spent in physical therapy, he worked on his MD, so he could mess with the software/firmware in his prosthetics. He has several drones that hover around him, and when he was in the military, his left hand was detachable and autonomous – but he wasn’t able to take that piece of tech with him when he left his homeworld.

These drones could be weapons, or automated healing units, or whatever, based on his need and available parts.

His near-death experience was a turning point. He may be AWOL, or he may have been honorably discharged with a medal of honor. His story changes depending on who is asking the question. The fact he was brought to the Abyss for extradition is a minor detail. 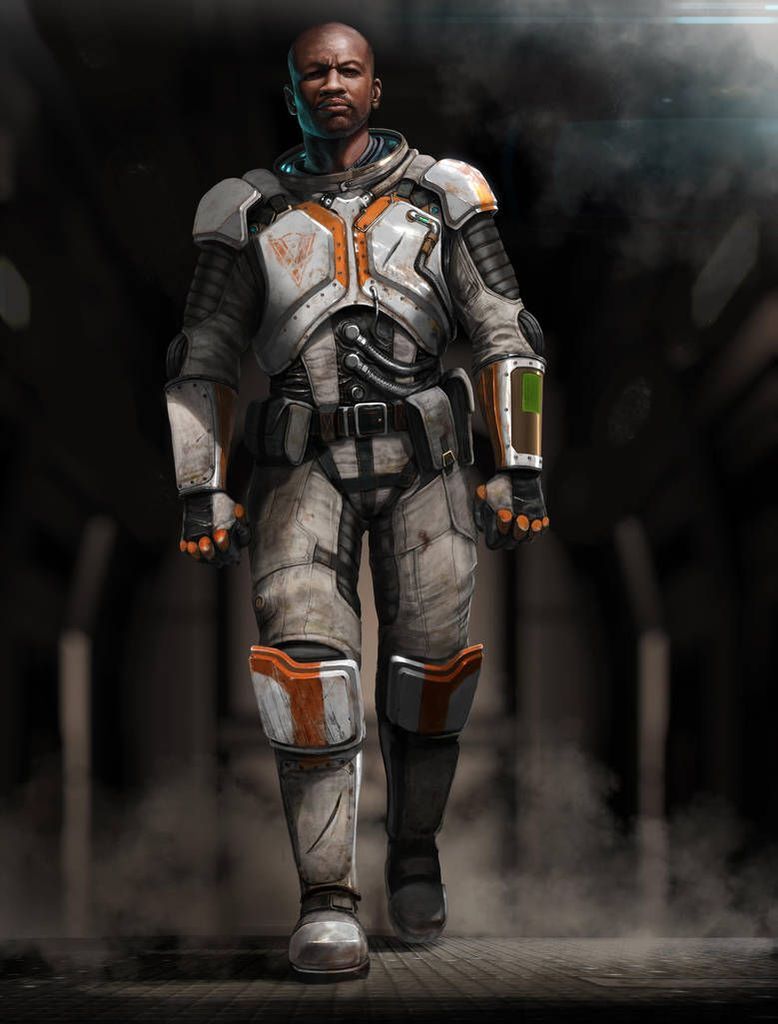